This man now goes by the name Luis Jose. On Instagram as luisjose222. Thank you for this site. It confirmed my instincts.

Now is going by Luis Jose on Instagram as luisjose222 . From Houston Texas, in oil and gas drilling. Just had to go to China for work contract. Uses several pics listed on this forum. Even sent video signing I love you last night and I found it here on this site. Very charming person. Beware.

He goes by Logan Braun on IG and Logy21 in telegram
His phone number is +1 (773) 943-3558
Email loganbraun2875@gmail.com
He is from Hamburg, Germany, lives in Chicago and it’s a interior designer working for Kaufman Segal Design LLC. He asked me for money to send to his bitcoin wallet.

.tagged.com/profile/6067943006
Donald T
53 · Parkdale, OR
Please I want only real and wiling to meet in person woman to message me and I don’t have time for drama,am easy going type, God fearing honest and romantic, caring person ,I like outdoors activity but sometimes I could be crazy about in door activities,I really want me someone I can spend the rest of my life with ,a woman who it’s adorable loving and caring who can take good care of home when I leave for a business or contractor trip I don’t want someone who it’s full of lies and cheating spirit ,I been hurt so many times and don’t wish to be hurt again Am willing to accept any age as long we both love real good and get along well ,understanding each other better 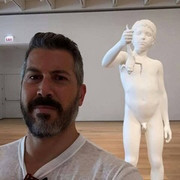 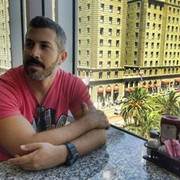 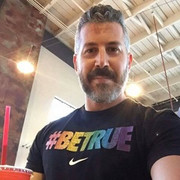 this scammer claims to work for this fake company
https://www.romancescam.com/forum/viewt ... 71#p584271
too.

Am a reputable, legitimate & an accredited company money Lender. we loan money out to the individuals at the rate of 3%, in need of financial assistance. Do you have a bad credit or you are in need of money to pay bills? We want to use this medium to inform you that i render Reliable beneficiary assistance as we will be glad to offer you a loan. No credit check, 100% Guaranteed.(email onlineloantransfer@gmail.com) the applicant will start the repayment of loan 7 months after the loan has been transferred to him/her. Failure to pay back the loan at this expected date/period, legal actions will be taken against the applicant by our attorney immediately. Applicant who is unable to meet with the repayment will be given 2 weeks more as a grace period before legal actions will be taken. Particulars: The borrower must provide either one of the following:-A Driver’s License, An International passport, Or a valid Identity Card bearing his/ her name. You are required to fill the form below before we can proceed with your loan. LOAN APPLICATION FORM: Name Of Applicant:…………… Address:……………. City:………………….. State:…………………… Country:……………….. Gender:…………………. Marital Status:……………. Age:……………………. Occupation:………………. Income Rate:………………. Tell:……………………… Office Number :……………. Mobile:………………….. Amount Requested:…………… Loan Duration:……………… Loan Purpose………………… After submitting the Loan Application, you can expect a preliminary answer less than 24 hours and funding within 72-96 hours of receiving the information we need from you contact our company email onlineloantransfer@gmail.com Regards. Mr Carlos Smith.

This guy is still at it. He contacted me via Instagram under Derick.randy. We switched to Whats App. He said he didn’t like the questions I was asking and his profile vanished & wouldn’t reply on WA. Started new Instagram under derickrandy601. The phone number he gave me is 614-412-5151. Saws he’s an electrician on a big rig in the Gulf of Mexico

And it still continues...He made contact with me one week ago and is going by the name of 'George Blevins'. He friended me on Facebook: https://www.facebook.com/georgeblevins0

Quite polite and charming, but alarm bells went off for me the moment he asked for x3 $100 iTunes cards to buy things he needed and claimed his payments were declined each time he attempted to purchase. He added that he had no internet to buy the iTunes card (yet was communicating on Messenger and Facebook).

He claims he has no one to help and that his situation was 'grave'. He sent a screenshot of some dodgy looking transaction that demonstrated some sort of purchase was declined. I politely told him I do not have that kind of money. He offered to pay me back 5 times th amount for them once I purchased them.
This morning he sent me a video that gestured, 'I love you' with his mouth and hands. He proceded to say he has a package he needed delivered with contracts and $5000 cash in it. He asked me to send him $700, and he would have the package sent to me, telling me I could keep the money as he only wasnted th contracts. Sounded all too inconsistent. I told him I didn't have any money, knowing it was fake. Tonight, he asked me for a $50 iTunes card.

So, I thought I'd do a little further digging. I put his facebook profile pic in 'google images' and it comes up with a website of a guy that works for Taylor Holland Constructions Inc (http://taylorhollandconstruction.com/ceo.php). There are a few other photos ther of him also. Whether this is a 'spoof' site too, we'll never know.

Keep away from him/them! Never give any of your details or money to people on socail media, no matter how 'grave' the situation may be. It won't end well! 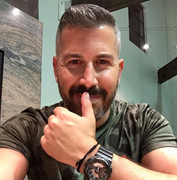 taylorhollandconstruction.com
Introducing taylor Holland the brain behind Taylor Holland Construction Inc. WIth his Charisma and enthusiasm he has brought THC to the acclaimed construction company it is currently.

I know this man as Josef Horger. He lives in Houston TX. His email is josefhorger8@gmail.com. He is a big scammer, I have been talking to him for 17-18 months now and he has gotten money from me as well.
Top

Wow..just looked that name up on Facebook, and there he was. What a low-life!
Top
Post Reply
90 posts