matchdoctor
Barca
51-year-old Male
Seeking Women: 40 - 99
New York, New York, United States
Last Activity: Today
Am a cool and easy going person. I believe in God and i put Him first in everything i do. I like to see things the way they truly are,i believe Life is good and a lovely place to live but it does not get better if there's isnt a lover, someone to share your feelings, pains, a crying shoulder and helper and someone to share all the good things and riches of life with. The need and want to desire a lover for the rest of my life is the reason why am on here on this site. I am giving it a trial like i have never done before, keeping up good faith of meeting just that woman that we'll both live together in peace, love, harmony together for the rest of my life. I am fun loving, enthusiastic and laugh always, it really makes me forget my loneliness...smiles:). I await that last love of my life and dont hesitate to contact me so we can make all these started as a matter of fact i am anticipating for that great love, I am not bound by distance, if really love is worth it I can travel any distance to meet that special woman. I will like to meet a God fearing,honest and caring woman who likes to laugh and have a great sense of humor

Hello How are you doing today and Hope you doing Good . I really Reading much more about you feels like am really getting to know you even more..That to me is quite a positive start I guess and I hope I can get to know all of your family someday to. Thank you so much for sharing a little more about yourself, I yearn to get to know you even more and much better.You naturally seem my kind of person out-going, with a great sense of humor. Gradually, I feel the urge to keep in touch,learn more and see where this leads to,if only you don't mind.
How are you doing dear i will like to know more about you. So here my e mail hangout barcarichard89@gmail.com

I have everything in my life - parents, friends and favorite work.But with years going the feeling that there is one important thing missing becomes more and more intense. I'm speaking about my own ...
Top

My friend describe me as a kind hearten man, who want to see people smile. I lost my wife in cancer and that is why I'm here to meet another good woman who will take good care of me like my wife. I work and earn a living just like normal people. I'm down ---> probably to earth

I was approached on Mothers Day May 13 while on Match by a 64 year old man from Baltimore, MD. He called himself David Vella Sapienza. He was born and raised in Malta by his grandmother after his parents were tragically killed when he was age 10. He said that he lost his wife to cancer three years ago but was now ready to find that one special person to share “all that I have” in a long term relationship. He and his American wife moved from Malta to Northern Virginia 25 years ago. He recently moved to the Inner Harbor---Baltimore, MD as part of down sizing and retiring in the fall 2018. He is an international materials supplier. Supplying marble and lumber. His current---largest and longest project will end in the fall at retirement. Currently he is in Landes forest in Southwest France. He has 100 workers (originally said he had 50) felling trees to be shipped on 8 ships to the USA and entering into the port of Miami. I felt uncomfortable after just 4 days and began documenting things that did not make sense—small errors. I just wrote them down on a note pad while reading communications or on the phone. Then I snapped a photo so I could easily reread my concerns. By then he was in Miami for a week securing all port licenses and clearance from the Department of Agriculture. I made a “line in the sand” secretly with myself. We had talked about getting together over Memorial Day weekend. My line: if he goes directly to France from Miami and by passes Baltimore and our meeting---it all over.

Then the Tuesday before the holiday weekend we spoke and he told me about a terrible accident that occurred in France. A young worker had an injury and a head injury (TBI). Wednesday-Thursday he said he was till waiting to finish up with the port authorities. Trying to learn more about the accident by long phone calls to on site supervisors. Thursday night—late—he said that the French authorities wanted to meet with him right away. He was flying directly from Miami to France and by-passing Baltimore. My line had been crossed. I never let on to him that I had concerns.

**telephone communications were terrible. Lot’s of static and dropped calls. Skype was impossible, poor connections. He moved outside to skype and the background in his space was not a nice hotel in Miami…just looked like a backyard with green leafy trees. I was also aware of kids voices when he was in his hotel room in Maimi.

On Friday of Memorial weekend, he boarded a flight to France at 8 pm, he had a long flight when he would not be in touch. I reversed checked his phone number
410-989-6574. This number is originating in Bel Air, MD and is a landline. No other identifying information was available.

He called with a new pattern of communication now that he was 6 hour ahead of me. He would call around 2:30 in the afternoon and 11:30 in the evening.

His emails were gushy love letters than never answered questions I asked in my responses. I live outside Washington DC and he was not aware of The National Institutes of Health (NIH) or Walter Reed. The First Lady was in the Walter Reed hospital and that was all over the news. He was clueless about pop culture or current events.

Sunday May 17, 2018 after our 2:30 call and before the 11:30 pm call I research email and photos and requested a call back from a private eye (holiday and I needed to wait till Tuesday)

His email dasapienza@email.com is associated with a woman named Debbie Spaienza. She used this email on Pinterest. I am suspicious of this because the photo cuts off the head and she only has one pin—a bordered copy paper sheet. Not typical of a person using Pinterest.
THEN, I reversed his photo from his Match profile. I used Tin eye. And voila! I found this forum. I am grateful to have the verification of my concerns. I read as much as I could. I immediately blocked my cell and email and notified Match.com to remove his profile. My landline has a sentry blocker allowing me to block any call with a button push.

11:30 that Sunday evening, I did not get a call, text or email. On Memorial Day, Monday he called (2:30pm)me on my cell using a Northern Virginia number. I let it go to voice mail. He did not leave a voice mail. Then he called several times on the landline using the 410 phone number. Finally he used a French mobile number. +33 75 7911 486. I did answer this call and told him I blocked him and he was a scammer. I forgot about our single Skype. That night I got his last communication via a Skype text message. Sounding hurt and bewildered and wished me good luck in life. I id not respond. Just deleted the app.

So we never got far enough for him to asked for money. I think I surprised him.

I am thankful for this web site. That is why I am taking the time to share my story in hopes to help others. 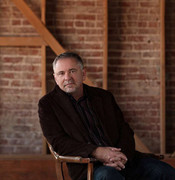 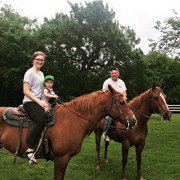 Thank you for reporting a Nigerian mafia. Please BLOCK it and IGNORE.
Surf safe online.
Confronting the scammer is WRONG!!! DON'T enlighten criminals with your wisdom. REPORT & BLOCK.
PHOTO VICTIM - "Do not confront the owner of the pictures, as they are victims themselves! You will only serve to further the terror and harm !" Silence Is Golden!!! I speak Polish.
Top

I am new here, please can we chat on whatsapp, so that we can get to know ourself better
please send me your whasapp 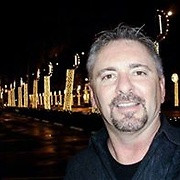 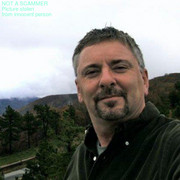 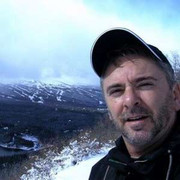 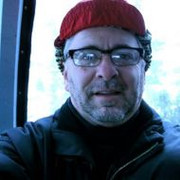 Nice to meet you!

4 days ago
Yes how are you doing ?
My name is Louis Anthony from Austin Texas,I am 60 years of age....and you ?

Yes,but why did you want to use your son number for what
You did have your own WhatsApp number ? 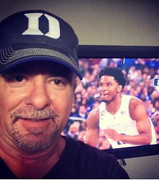