I met a man on Tinder claiming to be an american soldier in the airforce. He rapidly moved me from Tinder to whatsApp instead, using telephone numbers 1-5187776673 and later on number 1-6317433410. 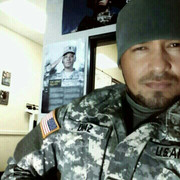 He calls himself Roland Diaz and he still hasn't asked me for money, but tried to make me sign for a leave, using the emailadress usaf.socialservices@usa.com

Glad you recognized the scam and reported to our site. Please BLOCK mafia and IGNORE. Thank you for posting.


Phone Number (518) 777-6673 VoIP from Albany, NY
Phone Number (631) 743-3410 VoIP PTJEFFERSN, New York
Confronting the scammer is WRONG!!! DON'T enlighten criminals with your wisdom. REPORT & BLOCK.
PHOTO VICTIM - "Do not confront the owner of the pictures, as they are victims themselves! You will only serve to further the terror and harm !" Silence Is Golden!!! I speak Polish.
Top

I found two more alias on facebook: Manson Hewitt Diaz, works at the kennel club and finally Mobil Hewitt Diaz, an associate at the Kennett career and technology center...Can this be an attempt to swindle students??
Top

I have been scammed by this man also but his name is Philip Diaz, Met a man on Tinder called Philip Diaz, said he was working at Linton Military camp here in NZ and called me on video chat with his friend Billy to make sure i was ligit then told me he was in US Army, then a few days later video called me again to say he was being deployed and showed at the barracks for all the US army men now leaving during the call, stopped and said hi to a few soldiers who said hi back to me?. A few days later contacted me from Syria to say they had been set up by local soldiers and ambushed, his best friend Billy had been killed and he sent me warzone photos and begged for me to help him get out of there and came up with a plan for me to email usaf.socialservices@usa.com to request urgent leave , to say he was my fiance and that my dad had been diagnosed terminally ill. From there is was sent a form and he said he was contacted and leave had been approved but then needed help to get airfare of USD$5,000 as this was not an ordinary leave request so was not covered by army. When i said i didn't have money like that he got aggressive and that's when the blackmailing started - he had put together photos and videos from when we had been talking and having phone sex that i was not aware of and started downloading everything to youtube, he had also sent me screenshots that he had found my facebook page, added alot of my friends using a fake profile and was going to send the link to all of them, my job, my kids, my grandkids school etc, so the blackmail started, and i let myself get manipulated back into his web of lies as i truely believed he was in danger, he sent me his bank account link and user log in which shows he has plenty of money but could not make any transfers because he could not receive bank text messages with codes in warzone, so i kept transferring money for flights, PTA, then he had money and gold he needed to send to me for safekeeping while he was still in the warzone, sent a website link with tracking number that was updated regular, then which of course got held up in customs in syria, then he needed bribe money and sent me a customs form showing only one had signed and needed more bribe money to have the other sign, and now he's been arrested and held by customs jail and needs the last of bribe money to get out and i have no more options to borrow money for him so have called it quits and he has advised i have 48 hours (which now is less than 24 hours) to send the last USD$2,000 so he can finish the bribe or he will upload again to youtube, make it worse than it was before and then hang himself. - i have since discovered he is also scamming other ladies internationally under the names of Roland Diaz and Hewitt Diaz since June and is back on tinder as Mark . i am bamboozled as the man in the photos he sends me as well as what i found on facebook for the other alias's is the same man i saw when video chatting and the videos he has sent me from the warzone was the same voice as i spoke with on the phone - ????? 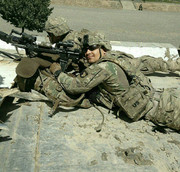 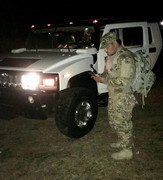 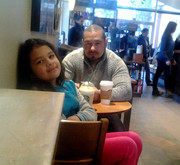 This guy whoever he really is .is still out there targeting Nz women through tinder and whats app and hangouts. Hes new alias is ROBERT DIAZ same story hes deployed in syria through usa army but was in nz for army training. He knows alot of women and their bank account numbers all over nz that he sends to his victims to get his victims to put money into so they can send him money to get back to nz. He also must be talking to women in australia doing the same thing. Also wanted money sent to thailand but that got stopped by the bank thankgod and thats why im posting on here because hes a fake scammer and just reading the other posts of him makes me sick that i didn't see this information sooner. I was not scammed but im posting this on behalf of someone who was. Hes using the same photos is well even used a dying daughter as a way to scam money the list and money lost is endless sadly but the person i know who was being scammed has stopped all contact changed and deleted all sources of contact so im just putting it out there incase someone is being scammed by this person today still. Hope it helps.
Top 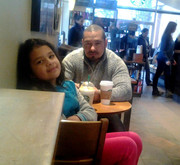 Hi Roland,
Can i ask you if this is a picture of you and your daughter. Because i got it from someone i and i got a strange feeling about it so i googled it and found this.
Hope am wrong buttt something tells me am not
Grtz
From the Netherlands
Top

sorry about that
I got this picture from a soldier that calls himself Yandal Dumit and looked up that picture on google that howe i found this forum.
I meet him on the dutch Badoo he was very persistent to talk and after a few days he wanted my mob no no prob can always block he was at that time in Utrecht. Then he started calling and told that he was sent to Saudi Arabi. Sounded logical it had just been an attack on oil refineries.
He missed his daughter, he said, and came up with that photo. which I thought was crazy because he did not look like previous pictures at all. The excuse was that he was still fat then. Yep right.
Well then the misery started but to make a long story short he would go from Yemen to the Netherlands on Sunday and hops was immediately silent
Top

did he give you his email id or phone number to communication with you ? please post if yes