He was in Egypt but now he is in the states.
Because he broke the rules so his boss Repatriation him. But his boss gave him a very bad punishment. His punishment was he have to keep watching the sun for several hours under the scorching sun.
If he look down, then fire.
His boss's name is commander Rob.
Top

I met a guy his name is David or Samson at the Tinder.
He has a lot of James Tracht’s pictures.
Top

Not sure whether this man might be the RPO

. Found him on a FB profile of a real man named Tracht

The real person is my nephew. Def not 39

and is happily married and not on any dating sites!!
His pics have been used for years .
Top

I know about him. His name is Jackson Lucas Tracht. He is still a single. He doesn’t have his kid. He is 35 years old. But I don’t know why when I search James Albert Tracht, then shows picture of Jackson Lucas Trancht.

I really want to know about him!

The pic is of one of my family members. His name is not Jackson. He’s not 35. He doesn’t have a kid. He’s happily married and not on any dating sites . The person you and all these people are talking to it NOT the guy in the pics. 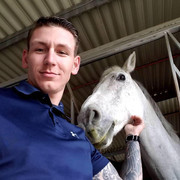 and thank you for your statement!
Please try your best to block ALL your scammer´s still incoming messages and calls!

To me, he was Harry Johnson Travis.
38, lived in Suffolk,VA; originally from Irvine, CA. Had an 8-year old son named Kevin.

He was supposedly on a classified military assignment in Texas when we met on a dating app back in August. We talked right up until last week. Those scammers really do a good job of making you believe the pictures are real and that they actually have feelings for you.

Wanted $3,000 to cover the cost of being discharged early. Oy vey. 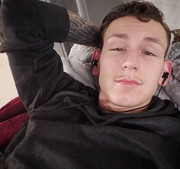 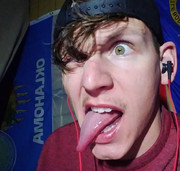 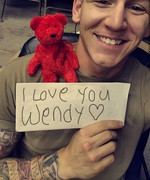 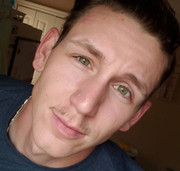 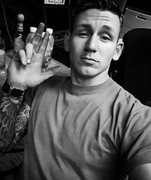 Here’s another picture.
I have a couple others that I haven’t seen on here, but for some reason I can’t post them. 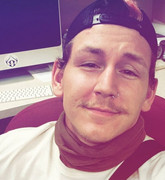 I was also weirdly contacted on Facebook by a guy from Nigeria. Something tells me it’s not random...
Top

welcome to RS Wilma93, and thanks for the heads up.

LOL. Y'all. This guy swiped on me on Tinder, and I knew immediately he was a catfish. He ended up messaging me, and I asked him if he was, indeed, a catfish and he got all butthurt. I decided to do a google image search, and BAM. Here I am 2 minutes later! He gave me his email address to add him on Hangout, not sure if I wanna play this out to see exactly what he wants or what, but the email he sent is: Harrytrvs@gmail.com


Does anyone know if the actual dude in these pictures is aware of someone using his pictures? He has a hairless cat in his pictures now!
Top

Scroll up, there is a statement

Hi wtfwthesepeople... I’m actually really glad to see that my post helped someone out. No one else had yet referenced the Harry Travis alias, but apparently it’s still making the rounds.

And yes, I saw pictures with the hairless cat too. I think there’s also a few of them in this chain. You should read through this if you haven’t already. It’s a very interesting read.
Top

He also used this alias with me...also had the hairless cat photo....

Harry Johnson Travis was his name to me we met on a dating site back in May. He told me he was 38 had a son named Kevin I believe was 8 years old living with his mother at the time. He also told me he grew up in Irvine,CA. He told me he was currently in Texas on a classified military mission. We talked almost everyday he was very charming and had me believing him he told me he loved me and wanted to be home with me, marry me blah blah blah..stupid I know I feel like an idiot *ughh* anyways he was very manipulative and would easily get upset if I didn’t respond fast enough or accuse me of talking to other people smh. I knew something wasn’t right so I decided to do google image search and sure enough ended up here..unfortunately since I fell for it I did lose some money along the way. I hope this helps someone in the future these people are heartless and no one deserves to go through this.

Google Hangouts- harrytrvs@gmail.com
I had a phone number but I deleted it.
I also have pictures but it won’t let me upload them.
Top