Here is an update. Today is May 20, 2020, I was talking to this ass since April 22nd. He's a bastard, knows how to play with your head. He goes by Adam Sergio Robertson. His mom is from Spain, dad from Texas. He speaks spanish. Both passed away, his aunt raised him. Then she died and now he has an ex wife in Connecticut with his 9 year old daughter. He's been in the army for 20 years. But my first red flag, is his tags say he is an E1 pay class. (That's a private, and each year you move up) so if he's been in the army for 20 years he can't be a private. Then he says he is in Special Forces, Umm wrong. To be in Special Forces you have to be a class of E4 - E7. And his uniform says Military Police, you can't be MP and Special Forces at the same time....All he wanted from me were Steam Cards. He said he needed them in order to talk to me through WhatsApp. After 1 week of talking to him, he said he loved me? Seriously? Who does that? He couldn't even tell me the meaning of his tattoos! That was hilarious! He said it was his aunt told him as story before he went to bed as a child!! It was the story of Medusa...WTF??? Didn't match his tattoos. So much more I can say about this guy. I received almost all pictures everyone else sent me. He didn't talk to me through email, but used this phone number (203) 941-3549. 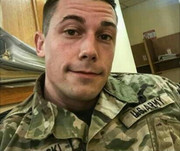 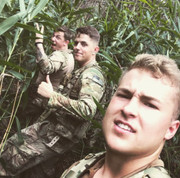 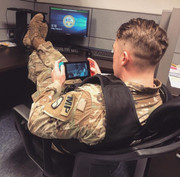 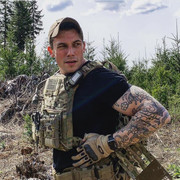 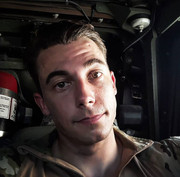 ***UPDATE On Walkowski scam... today is June 22, 2020 and apparently this scammer is still running the SAME GAME! You’d think he would be smart enough to at least change his game a little!... last week I received an Instagram request from Michael Walkowski... said he was from NORTH CAROLINA, been in Army “his entire life,” and currently on an “overseas peace keeping mission.” Growing up an Army-brat, I found tons of flaws in his info but the biggest red flag was the way he constructed his sentences... Ladies, listen to your instincts. When you feel something is off, 98% of the time, IT’S OFF!!!... ended up having to block him from IG. Then yesterday, I saw him again on Tinder, this time using the name “Steve”. Be warned... still up to his old tricks. I really feel bad for the REAL Walkowski fella. Is he aware this is going on?
Top

New Name!!
He is now Roderick Walkowski. 38years, one boy 9 y. Old. For a child he can write like an adult, did not say anything child like.
So, "Roderick" is on istagram, talkes to me, wanted to move to hangouts. I was like fine. And BOOM he loves me so so much. So I new that this is a scam. Wife died in "motor accident", fathee is dead, he was american, Mom Is spanish, old and blind. He has a dog. He wants to marry me as soon as possible. Im like okey ofcourse. Lets get married. Like wtf? And why he has to use pictures of a super cute guy???? I only got like three picture, because he is Syria now and he cant use phone there etc. Oh, he called me on hangouts once. Very bad image. Sounded like a spanish guy. Sorry for my english. Not my native language. I have been talking to him for 4 days now. And just like an hour ago, I told him that I knpw what he is doing and he should stop making fun of people. He is currently on his way to capital city of Syria with his troups. So lets see if he answers to me