jamestaylor1 Oct 24
how are you
fine
how old are you?
yes
where are you from?
ok
from NC
presently in Kabul
due to nature of my job
well, i don't care about age, but i'm concern about reality
ok, i'm James Taylor, i work with U.N military unit here in Kabul Afghanistan
well, i pray to complete my mission here, hopefully few months
what's you job?
talk to you later
ok, but we are not allowed to use mobile phone here
talk to you later ok
i hope you are not angry
i'm going on patrol
Please try your best to block ALL your scammer´s still incoming messages and calls!

Just got approached by Christopher Knox on POF. He claimed to be a 55 year old, retiring in two months from the US Army. He displayed little knowledge of military rank structure, which cued my first inkling. Then he told me he was a widow and wanted to get married as soon as he retired. He claimed his residence as Kansas City, but he SHOULD have said Leavenworth and I might have almost believed him.

He told me he had inherited a company, Basebells Oil and Gas, LLC. I had no idea what that was and told him so. I googled it and came up with a website: basebells.org.... okay, a for-profit company in oil and gas would not have a .org domain. I did a WhoIs lookup and found the domain name had been purchased just a month ago.

Too bad for the guy whose pics he using... he's a hottie.
Top

Welcome to RS and thanks for update 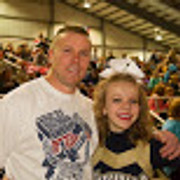 Still active on hangout..
djjackie67@gmail.com
Never interrupt your enemy when he is making a mistake.....
Napoleon Bonaparte