Hello I was wondering if anyone can help me out. My mom met someone online who claims to be military. I suspect he is a scammer. Here are the details.

He met my mom on Tagged.com. At the time she met him he was supposedly still in Mass training two soldiers to take with him on a peacekeeping mission to Ghana. His story is, when getting ready to come home from Ghana, he was leaving the hotel he was staying at and fell and was hospitalized from May 2013 to September 2013.

He claimed to have a bank account at Chase bank and had my mom open a Bank of America account so he can transfer money from his Chase account to her BOA account. In July 2013 He talked my mom into sending him money because he said his bank account went dormant and the bank needed $200 to reopen the account. And another $200 so the bank can send him papers to sign to prove it was his account. He claimed the bank told him couldn’t withdraw money until February 2014. In September he sent my mom a bank document with his name on it and it is a fake document.

He also convinced my mom to send him $1000 for the hospital bill. When she asked why the military couldn’t help, he said it was because he was in a private in a hospital. He claims his wife was killed in a plane crash and he has a 10 year old daughter.

Couple things that raised red flags are
He took his daughter on the peacekeeping mission.
He stayed at a private hotel
And he had a private driver
I don’t believe that soldiers can take any family members with them on these missions. I also don’t think peacekeepers stay at hotels and get private drivers.

Whenever she sent money he instructed her to send it via Moneygram to his driver.

He recently made a face book page. facebook.com/james.w.harris.940

Some of the pictures of him also appear on two other face book pages.

There are pictures of a young girl who he said is his daughter. I did an image search and they come back to a modeling agency based in Hawaii. He has also has pictures of a white stucco house which he says belongs to his grandmother but they were taken from a website that deals with Villa house rentals in Italy.
Top Email give no Hit in FB.

Its definately a scam after what you've written. This posted Bank-doc is Nonsense.You can get them all over the Internet.

I did an image search and they come back to a modeling agency based in Hawaii. .......I hope its not FocusHawaii

Yahoo avatar
I did an image search and they come back to a modeling agency based in Hawaii. .......I hope its not FocusHawaii

All the pictures he has as his daughter are from Focus Hawaii.
Top

yes, pics of daughter are stolen from Focushawaii (favorite Nigerian source for kids pictures) and Rogers Burke is just his other scamming persona. He scams under that name, too. Pictures are stolen from some innocent military man, of course. This is a typical Nigerian scam.

Your Mom is being scammed. She should stop contact asap!!

Tons of stolen pictures on his profiles. With other folks,with parents, with kids (the real man is obviously married). I am not going to post them all, just where the man is alone.

I found him registered also on Badoo.

Wants to date with girls, older than 50

not even sure if it's the same man on the pic, probably different one, same as on Tagged.
SCAM FREE DATING SITE

My name is xxxx. I too have been hit by the scammer's. It's the same pictures that are posted on here of the same man that's in the Army. On facebook i received a friend request from a Roggers, Thomas, we talked about 4 days and he asked me for money, i called the US Army Human Resource Dept. to find out if he was real after finding out about the Nigerian Scams going on. He then changed his name to Greg Rogers Thomas, and Bill Rogers.

This needs to stop! There are women all over every social media site being victimized by these people, and something should be done about it.

I will continue to post any new transactions that i find.

I have several pictures the scam artist sent to me.

For some reason i could not post any pictures, but i will try again later.
Last edited by FrumpyBB on Fri May 29, 2015 10:04 am, edited 2 times in total.
Reason: Edited out any references to RPO-hunting, please read the rules, we do not bother scam-innocent people.
Top

Thank you for the update. I am very sorry that you were scammed

Please post links from the address bar to scammers FB profiles.
It is up to law enforcement NEVER to us or victims to notify real man on the photos that his pictures are stolen.

Please try to post some messages and money request from them. Then BLOCK and IGNORE to further attempts of communication.

Please know that only spreading the knowledge and reporting in here may decrease the cyber crime. Unfortunately West African countries profit of this crime and hardly ever try to stop them and prosecute.
Confronting the scammer is WRONG!!! DON'T enlighten criminals with your wisdom. REPORT & BLOCK.
PHOTO VICTIM - "Do not confront the owner of the pictures, as they are victims themselves! You will only serve to further the terror and harm !" Silence Is Golden!!! I speak Polish.
Top

ok dear.
where do you live dear?
i dont often come up here'
do you have a facebook ?
add me on mine with lilly1973@hotmail.com
my name is Tim Rogers.
thank you sweet. About rogershenry
Interests: woman
Hi..I'm a single male that seek for true love and care no games no playing around just wanna find my true love in life....

rogershenry
about 3 hours ago
Hi pretty you look beautiful

rogershenry
about 1 hour ago
oh thanks so much and its so good to see your response on here. i will love to know more about you, you seem to be a nice person and I am very curious to learn more about you if possible

rogershenry
2 minutes ago
You have yahoo messenger or kik 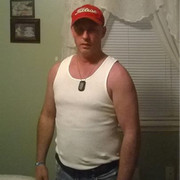 This scammer friended me on FB today, along with three other women. Now he's going by Micheal Rogers. Same photos as above. I warned the other women he friended already.

He is now using POF and Facebook under Kagan Steve fron the Ft Benning, GA area. I just reported him. I'm a Soldier, so his lingo was off right away. FYI - his rank in the pictures shows an E-4/SPC. Claims to be a UCLA grad this time. Military have access to a secured network where we can check each other out. Neither name is his.