hello dear how are you doing today ? I am pleased to meet you on this site . thank you so much for accepting my request as a friend. i don't really think we knew each other before but we are just meeting for the first time. you was suggested to me by Tagged and immediately i set my eyes on your profile picture it really captured me so much, i must say you are very very beautiful and lovely and i like you just the way you are and would like to know more about you .take good care of your self okay , i can't wait to chat with you soon dearies.Kindly add me on hangout with my gmail(rogers1958mp@gmail.com ) for safe conversation . 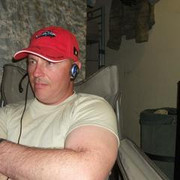 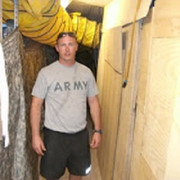 I am Roger. I am Loyal and i need a true woman to spend my life with. 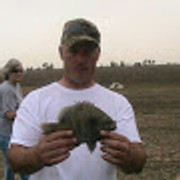 Hey guys, just letting you know this is still going on in 2018.
My mom found this scammer on an app called Lovely and she was later asked to delete her account after adding him on Google Hangouts.
The story was the guy was on a mission (never said where) and he was coming back to his children in a couple of months. He claimed to own orphanages to help the children affected by the war in that country. It all sounded pretty sketchy to me at first, but my mom seemed to believe she was talking to a good man, so I let her do her thing for a while.
That was until the other day she came to me to show me some pictures from the ''vacation home Roger has in Canada'', and from that moment I instantly knew it was all fake. I googled the images and they were from a mansion in Mumbai, India.

After explaining this to her, I asked her to send me all the pictures he sent to her, I googled them and that's how I ended up here!

I've shown everything to her before asking her to block that creep, but she decided to confront him with the truth and, funny enough, he plead that all the people here were part of his military team to stop real scammers from using his profile. LOL

Anyways.. I'll leave the information and pictures he used, as well as the ones from his vacation home because that was just too funny. I'm glad I got to help my mom from getting scammed. Thank you again!

BEHOLD, HIS VACATION HOME IN CANADA

galactic.love/en/users/JamesDudley
JamesDudley
44, Man, Single
Texas City, United States
Am James Dudley, United State Army, single, 43yrs old, am the only child of my late parents and i have 4yrs old daughter and 2yrs old son that i lost their mom from breast cancer..think am the nicest man on earth, i love helping people in need, am kind and fun to be with..
What I am doing with my life
i have already dedicated my life to God almighty and am loving it 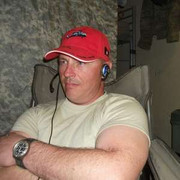 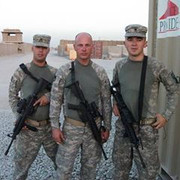 Hello, I have recently came across someone who is using some of these pics, I have included them in this post. met him on Tinder using the name as Jay. Name he gave me after we began talking off site was Jordan Jason Rogers (Jay), claimed to be a MSGT US Army in the bomb disposal command unit. 2 days before we were to meet face to face in Greensburgh Pa his unit recieved emergency deployment to Syria. I do not know what unit he is going by, but this is all the information that I have. wife passed from cancer, has a daughter Donna with a grandson Desmond age 5 living in New York. Mother passed last year, lives with a dog named Molly. Everything seemed on the up and up during our talks, told me he couldnt do Skype due to security reasons when I asked we do that (seemed logical), but then asked me to pick up a gift card on my way home from work (red flag). I refused to do that. He continued texting, then brought the gift card back up in conversation saying it wouldnt cost me anything. (as if believe that). cell # using (724)803-0969... email using jordanjay110@gmail.com

I do hope this information that I have provided assists in saving another from becoming a victim or in my case a possible victim. 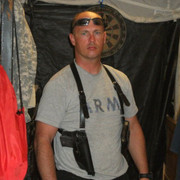