you can add me on my yahoo email robertb_abrams@yahoo.com to chat more better
Top

facebook.com/robertb.abrams.948
Robertb Abrams
About
Former commanding General of the 3rd Infantry Division, serving with NATO at Secretary-General of the United Nations 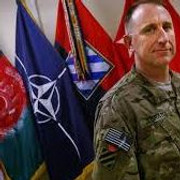 Confirio, with the same e-mail.

About Me
Am a brave man, seeking for the right woman to marry, am cool and open minded man, I need honest and trustworthy woman. Am a man of one son his name is paul, he is 20 years of age, am ready marry again and start a new life with honest woman.

Junkmail:
Hello, how are you doing today ? am Robert by name and am new on here and looking for a loving woman, i want a loving, caring, and a trustworthy woman to be with and spend the rest of my life with as a good husband and wife, if you have any interest in me get back to me with your private email address or send me little about yourself to my email on Robertb_abrams@yahoo.com

Other picture above.
Confronting the scammer is WRONG!!! DON'T enlighten criminals with your wisdom. REPORT & BLOCK.
PHOTO VICTIM - "Do not confront the owner of the pictures, as they are victims themselves! You will only serve to further the terror and harm !" Silence Is Golden!!! I speak Polish.
Top

Same guy saying he is THE Robert Abrams, with following addresses contacted me via Skype and via Email:

I asked him if he has a nickname and he answered no. As I stated that his english is very poor, he backed off immediately. Im not very familiar to scammers, this forum is much help, thank you!!!

Here is his message via mail:

Glad to talk to you via Skype, I had enjoyed our conversation, let me formally introduce myself to you.

My name is Robert Abrams from USA I am serving with NATO military peace mission in Afghanistan.

I was married but got divorced though I have not made my divorced status to be Known to the American public Because of my strategic position as a General of the U.S. Army. The fact That she is not patience and cheated on me while I was away on duty and she was caught by one of the soldier and report get to military base, but I never went for divorce first or got angry with her then, but she called on a divorced That Which I Feel That I have to do so as to protect my reputation in the military circle, then I Granted the letter from the Court on That divorced, that was how it all happen and That lead to my single life till date . Now my daughter told me that she have remarried to another man. I have a daughter, 21 years old.

I divorce her mother because she is cheating on me and she have remarried with one kid,My daughter is at university in the state now.


I am an honest, loving, caring, desiring, kind and devoted man. I like reading Christian books and play table tennis when I am not working. I also like travel a lot, I like going to beach when i am off duty. I am a very simple man who care and take good care of his love ones.

I hope to read from you pretty soon. Do you still have "his" exact Skype nick? From the emails, I at least do not find it

There are plenty more Robert Abrams´& Abrams Roberts from "TX", "Kabul" etc but this^^ is the only fakey with avatar.
Please try your best to block ALL your scammer´s still incoming messages and calls!

His Nick on Skype is Thank you very much!
Now please BLOCK the mafia ASAP. They have nothing to offer to you.
We want you to be safe online

Yes, still one detail. He mentioned to me that he's in Afganistan with the NATO troups - but the time delay from my town to his did not match -

I can post the whole chat here if you wish me to do so.
Top

Guys, i might be a bit naive- even though I sensed immediately that Im being tricked and I did not give any personal details about me. Funny enough, Im a real generals daugther.

Please tell me, what do these scammers want from me???? I blocked his Skype and his mail addresses and the FB Account I reported to FB as well. Can you explain it to me? Should I be afraid now?
Top

Please know you are not naive. They use hypnoses to brainwash victims and it has nothing to do with being naive.
Please know that scammers not only are after your money. They also recruit mules on social sites to accept and reship goods purchased with stolen cc or run money laundering through victims bank accounts . For both victims can serve federal prison time if convicted .... there are victims who are awaiting to be sentenced while there is not info about scammers and they are at large...
Also if they can't get any off that from victims but they still are not BLOCKED they will use nastiest language you ever heard to humiliate you or infest your devices with viruses.
Simply they hate to waste their time on non cooperative victims, it makes them very mad

Well then, I was pretty quick in finding out something does not mach. A guy of Abrams caliber to write that dreadful english made me suspicious. Im a trained psychotherapist - my skills did not cheat on me even online

Well, I don't pay strangers anyway. But its terrible what the mafia is capable of...

Thanks for your words.
Top

Bruce is my name. I'm single, lonely and searching for the perfect. Maybe you the one I'm looking for. I'm done We all turn to our loved ones for support from time to time. When your loved one does not offer you their support it may be time to look at your relationship. As we all want to nurture those that we love. We want the best in life for those that we care about. If your partner is unwilling to listen to you, and to your problems, they are not meeting your needs when you need support. Support can come in many forms, someone lending an ear, someone going out of their way to help you, or something as simple as a phone call to cheer you up. Make sure your partner gives you support when you need it. 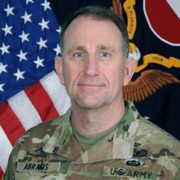