I'M.Lt.Gen.Susan Helms:I am supportive and caring,I read your profile and pick interest on you.I will like to establish mutual friendship with you.Please i will like you to email me back in my email ( gensusanhelms.j@outlook.com ) so that i can send you my photos and tell you more about myself Thanks and regards. Gen.Susan Helms

Thanks for your reply towards my email, my dear I really want to establish a long term relationship with you after
I have gone through your profile on the site, And my dear there is a reason why I choose to establish a relationship with you, I will use this opportunity to tell you all about myself. My dear I attach my picture to this email, so take a nice view on them. Honey presently I am in Afghanistan at war zone for peacekeeping mission due to the crisis here in Afghanistan.

I was commissioned from the U.S. Air Force Academy in 1980. I was served as an F-15 and F-16 weapons separation engineer and a flight test engineer. As a flight test engineer, i also has flown in 30 types of U.S. and Canadian military aircraft. Also served as project officer on the CF-18 aircraft as a U.S. Air Force Exchange Officer to the Canadian Aerospace Engineering Test Establishment.

Selected by NASA in January 1990, I became an astronaut in July 1991. On Jan. 13, 1993, then an Air Force major and a member of the space shuttle Endeavour crew, I became the first U.S. military woman in space. I flew on STS-54 (1993), STS-64 (1994), STS-78 (1996) and STS-101 (2000), and served aboard the International Space Station as a member of the Expedition-2 crew (2001). A veteran of five space flights, I also has logged 211 days in space, including a spacewalk of eight hours and 56 minutes, a world record. I commanded the 45th Space Wing at Patrick AFB, Fla. Her staff assignments include tours at Headquarters Air Force Space Command, Air Education and Training Command, and U.S. Strategic Command.

My dear I have told you all about me, so I hope to read from you soonest

I'm a caring lady brought up in a respective and discipline home.be good cause know one knows the future, 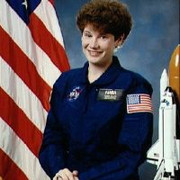 
Hello,
it's a pleasure to meet you.i see your profel on cafebar. ro
I am susan, a United States Army officer from United States of America, i have an important thing to discuss with you. Please contact me through my private email address which is susanairforce@gmail.com , not in this site because i don't normally come here often.

Re: scammers with pictures of Susan Jane Helms

Hi dear, It is my pleasure meeting you, I am Susan helms, from United State and also United State Army general, from united state of America, am supportive and caring, looking forward to get a nice friend, I read your profile here and pick interest on you, I will like to establish mutual friendship with you.

Please let continue our conversation through my private email box, Here is my email address ([email protected])
I will introduce myself better and send you my picture as soon as i receive your mail.I will love to meet you for a serious relationship, I come in contact with you and I really wish to indicate my interest although am not always available to write mail due to the condition of my duty please let your respond be direct to my private email .
Yours, Susan helms (gen.susan33@gmail.com)
Top 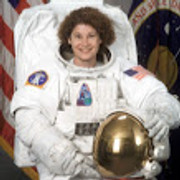 
Profile not available for view.

Re: scammers with pictures of Susan Jane Helms

Description:
i am a good looking young girl searching for true love from any part of the world.
i am caring, loving and dedicated 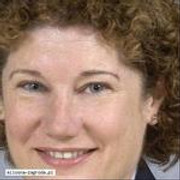 No photos received yet from this one but I safely assume...

I am caring and kind woman

Description:
Hello Dear, I am Lt. Gen. Susan J. Helms, I am a UNITED STATE ARMY GENERAL.From united state of America
Am supportive and i want us to be friends i read your profile here and i want to knows more about you and i
have something so important to tell you write to me here is my email reply me here now gensusanjhelms@yandex.com 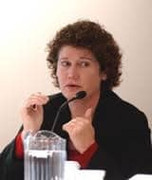 I AM LIEUTENANT GENERAL Susan Helms, I am a UNITED STATE ARMY GENERAL, i am from united state of America and i am supportive, caring and also i have a passionate of true love in my heart. i just went through your profile today on this site then i pick interest in you and i will like us to know each other more to ESTABLISH a good relationship and please try to write me at (susanhelmsm@gmail.com) then i send you my pictures then introduce myself more better to you ok, thanks .. 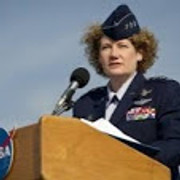 zorpia.com/SusanHelms87573
Susan
58, Lome, Togo
Last seen Yesterday
Looking for anything with anyone
aged 50‑99, in Kenya. 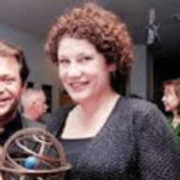 jola.co.za/users/view/3461/wall
susanhelms4love
Age: 29
South Africa, Maruleng Local Municipality
its a pleasure meeting you here, My name is Susan, I Will like us to be friends, kindly contact me on my email (susan4u1955@hotmail.com) thanks
Top
Post Reply
157 posts